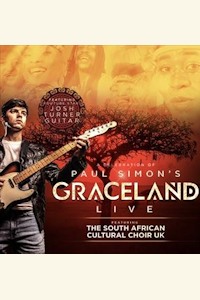 Celebrating 30 years since the release of Graceland. Backed by a full live band, the show will star American Musician and viral Youtuber, Josh Turner Guitar as Paul Simon.