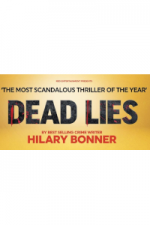 T990853113
A political thriller inspired by the Jeremy Thorpe scandal of the 1970's set against the political backdrop of current day Westminster. In this fast-moving, hard-hitting political English thriller the action takes place during a fiercely fought election campaign, following Peter George, a politician who promises a new kind of politics beyond sleaze and spin. He is welcomed as a messiah by the British public and expected to restore trust in a broken political system. But a shocking secret lies in the past of our country's hero. As buried truths rise from the ashes, personal and political influences begin to shake the faith of those closest to him, and a media cascade threatens to bring down Britain's new saviour.Archive :: production:T990853113, play:S951541687, venue:V969
Current production:Tour/Production