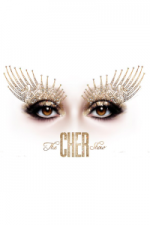 T01023310525
This bio-musical paints the story of Cherilyn Sarkisian, known around the world by her stage name, Cher, and commonly referred to as the "Goddess of Pop." The Cher Show brings us six decades worth of story and takes us on her sequin-studded journey into icon status. The Dark Lady is an unstoppable force, who unlike other stars that come and go, remains a constant. She may have a Grammy, an Oscar, and an Emmy, but her credibility goes way beyond that as she is known for having broken the barriers in a male-dominated industry and rising to the top. She is also the only artist to have a number-one single in six consecutive decades on the Billboard charts.Archive :: production:T01023310525, musical:S0540355190, venue:V934
Current production:Tour/Production