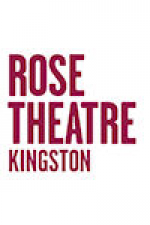 T02050600275
Comedy legends Jasper Carrott and Alistair McGowan split the bill and your sides with a night of comedy stand up and impressions. Drawing on their wealth of experience they present a show of pure laughter and entertainment in a pairing of two unique comedy talents that is not to be missed. Jasper Carrott has been at the forefront of British Comedy for nearly four decades, his numerous television shows including Carrott's Lib, Canned Carrott, The Detectives and Commercial Breakdown have established him as one of the all time comedy greats. He was awarded the British Comedy Awards' Lifetime Achievement Award in 2008. Alistair McGowan is best known for The Big Impression which was, for four years, one of BBC1's top-rating comedy programmes, winning numerous awards, including a BAFTA.Archive :: production:T02050600275, comedy:S1748571356, venue:V051452426