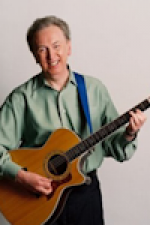 Year of the Cat

Scottish singer-songwriter Stewart performs his multi-million-selling album, Year of the Cat, almost 40 years after its release. Stewart was a key figure in the British folk revival of the 1960s and 1970s, played the first ever Glastonbury Festival in 1970, performed alongside Cat Stevens, Bert Jansch and Van Morrison, and shared a flat with Paul Simon. On Year of the Cat, "Stewart tackles prog-rock lyrical themes with a musical approach that comes off as adventurous without being pretentious, mysterious without being melodramatic. And, once upon a time, accessible enough to become radio hits," says Paste Magazine.