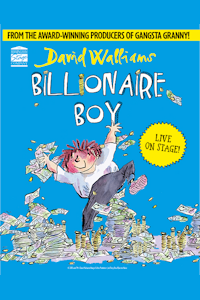 T1422666510
Joe Spud is twelve years old and the richest boy in the country! He has his own sports car, two crocodiles as pets and ?100,000 a week pocket money! But what Joe doesn't have is a friend. So he decides to leave his posh school and start at the local comp. But things don't go as planned for Joe and life becomes a rollercoaster as he tries find what money can't buy!Archive :: production:T1422666510, kids show:S670385249, venue:V534
Current production:Tour/Production