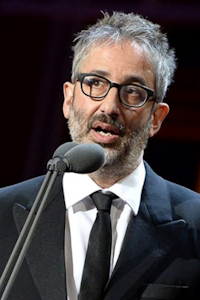 Trolls: Not the Dolls

Following his five-star Olivier-nominated hit My Family: Not The Sitcom and the return to number 1 of his seminal football anthem Three Lions, David Baddiel comes back to the stage with a brand new one-man show, Trolls: Not The Dolls. Trolls