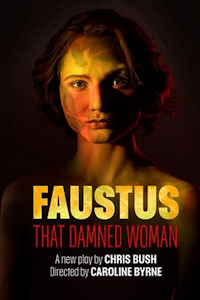 T1944250322
Drawing on the works of Marlowe, Goethe, and other versions of the Faustus myth, Chris's urgent reimagining asks what we must sacrifice to achieve greatness and the legacy that we leave behind. "My name is Johanna Faustus. I was born almost four hundred years ago. I gave my soul to achieve the impossible. I watched this city grow sick and I swore to heal it. I might be damned, but I would save the world to spite the Devil.."Archive :: production:T1944250322, play:S01417564641, venue:V315