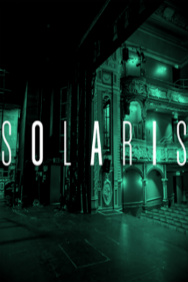 T843348855
Within hours of arriving in orbit around the mercurial planet Solaris, psychologist Kris encounters evasive inhabitants, self-isolating scientists and the ghost of a lover who died long ago. Yes. Here, on the other side of the galaxy, Earth's dead live again. Above an uninhabitable world possessed by a powerful intelligence, the crew are sleepless and lost. They fight with the nature of the planet below, their mission, their own motivations, and the dark horrors of their past that haunt the space station. Could the planet itself be to blame?Archive :: production:T843348855, play:S1596168462, venue:V315