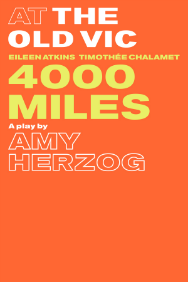 T0646969026
It's the middle of the night when 21 year-old Leo arrives on the doorstep of the West Village apartment where his feisty 91 year-old grandmother Vera lives. She's an old Communist who lives alone, he's a latter-day hippie, recently returned from a cross-country bike trip which ended traumatically. over the course of a single month, these unlikely roommates infuriate, bewilder, and ultimately connect. When Leo's old girlfriend shows up and he begins to reveal the mysterious events of his journey, Leo and Vera discover the narrow line between growing up and growing old.Archive :: production:T0646969026, play:S02111430613, venue:V402