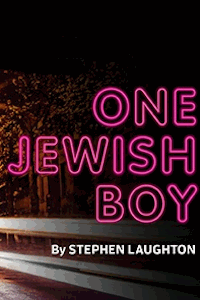 T02005756856
Jesse is paranoid and he's frightened and it's messing up his relationship, his job, his daughter and his life, but Jesse has every reason to be frightened. From his next door neighbour and the micro-aggressions around why she would vote for Corbyn but could never support Blair, to the dinner party where his slightly left of him liberal mates can't quite grasp the difference between Likkudy foreign policy and the position of diaspora Jews. From his own wife and an argument about a hypothetical circumcision, to a vicious attack in the park that brought them together... Jesse is feeling the sting of rising prejudice in every part of his life. Anti-Semitism rears its ugly head in a horrific way every 70-or so years, the last time it killed 6 million Jews, the time before that it resulted in their complete expulsion from eastern Europe - and with a 34% rise in violent assaults against Jewish people in the last year alone, Jesse can't bear to think where we'll end up this time. Not with a 9-month-old daughter to protect.Archive :: production:T02005756856, play:S1844961786, venue:V420