The Greatest Play in the History of the World... 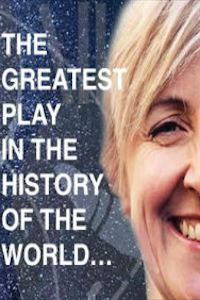 The Greatest Play in the History of the World...is a love story, set on Preston Road and also in space and in time, told by Julie Hesmondhalgh, written by Ian Kershaw and directed by Raz Shaw.