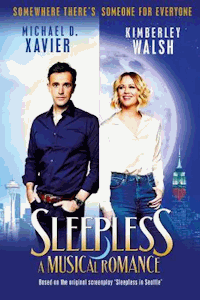 T425222787
Based on iconic film Sleepless in Seattle, the romantic comedy film tells the story of Sam, who moves to Seattle with his son Jonah and becomes a sought-after widower following the death of his wife.Archive :: production:T425222787, musical:S486484999, venue:V1682992566
Current production:Work