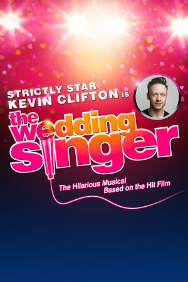 T1528164403
After being left at the altar, wannabe rock star Robbie - who makes his living as the wedding singer for hire of the title - succeeds in making every wedding as miserable as his own. Then he meets a sweet waitress named Julia, who attempts to cheer him up, and steals his heart in the process. The only trouble is, she's about to be married. Can Robbie pull off the performance of the decade and win the girl of his dreams?Archive :: production:T1528164403, musical:S01214585819, venue:V1682992566
Current production:Work