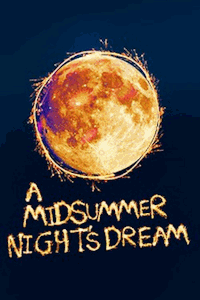 T201324546
On a midsummer's night Hermia and her lover Lysander flee from Athens and Demetrius - the man Hermia's father favours as a son-in-law. Demetrius follows, pursued by Helena who loves him in spite of being spurned in favour of Hermia. On the same night Bottom and his friends leave Athens to find somewhere quiet to rehearse their play which is to be performed at the wedding feast of Duke Theseus. Drawn into the woods they enter a world of magic, mystery and wonder.Archive :: production:T201324546, play:S2295, venue:V1165
Current production:Work

Fizzing with magic and a large dose of chaos in the enchanted Athenian woods, secrets, love and mistaken identities collide in A Midsummers Night's Dream. Fusing actor musicianship with one of Shakespeare's greatest comedies, the Watermill Ensemble cast their spell performing the intoxicating soulful sounds of Nina Simone and Billie Holiday live on stage.