The Life I Lead 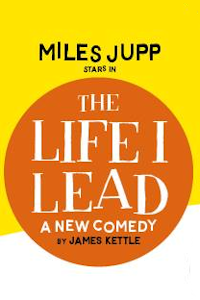 T0781294908
David Tomlinson built a career playing a certain type of Englishman - stiff, formal and a bit of a silly ass. He's best remembered as Mr Banks in Disney's classic Mary Poppins, but Tomlinson's real life was just as fascinating as any of the parts he played. His was a life that contained action and adventure - he was a World War II fighter pilot who trained men who fought the Battle of Arnhem. And it featured a certain amount of heartbreak, not least following the tragic death of his first wife, and his later struggles to have his son Willie recognised as one of the first British cases of autism. Above all, the man who portrayed one of cinema's most famous patriarchs was defined by his relationship with his own father - a remote, eccentric character who was hiding an extraordinary tragicomic secret.Archive :: production:T0781294908, play:S1305935065, venue:V421