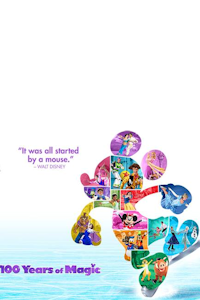 The fantastical land of Disney's Frozen will also come to life with Anna, Elsa, and the hilarious Olaf, as they discover that true love is the greatest magic of all. Exciting moments from Disney Pixar's Finding Dory, Disney's Aladdin and Beauty and The Beast will leave the whole family with memories to last a lifetime. The legacy of Disney is displayed through 14 classic and modern stories in this epic production that features an international team of award-winning figure skaters, high-energy choreography and a breathtaking set. With over 30 melodious masterpieces such as Let It Go!, You've Got A Friend in Me and Hakuna Matata, Disney On Ice Celebrates 100 Years of Magic is the ultimate Disney fan experience.