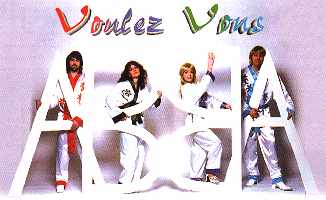 It's time to hang up the flares and say 'Thank You For the Music'. After seventeen years together, acclaimed Abba tribute group Voulez Vous perform their final concerts in 2008. Their farewell tour gives them the opportunity to thank all their loyal fans and to celebrate their outstanding success over nearly two decades. Why not come along for one last time and say 'Farewell' to the masters of the Abba scene.