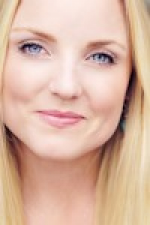 T1560113935
Kelly Ellis is best known for her work in musical theatre and subsequent cross over in to music. Kerry made her West End debut in 2001 in the revival of My Fair Lady (as Martine McCutcheon's understudy) before joining the cast of We Will Rock You in a leading role. She went on to appear in The Voice 2012 and has released several studio albums as well as appearing as a featured artist and on three cast albums too...Archive :: production:T1560113935, cabaret:S967360148, venue:V101