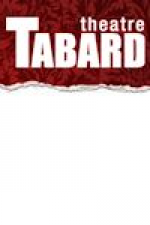 An evening of magical Christmas fun awaits. Neil and Max return with their exclusive Christmas show devised specifically for the Tabard theatre. Tabard Theatre regular Neil Henry is joined by Max Somerset (BBC's The Sorcerer's Apprentice) for a one-off Christmas magical show. With over 1.7 million YouTube Hits Neil Henry and Max Somerset are 2 of the countries most in-demand magicians. Neil has been to the Tabard on numerous occasions with his show 'A Magical Evening of the Odd' and 'Impossible' and his latest show ?Prank Show'. He works extensively as a close up magician and is constantly in demand to perform his breathtaking magic and mentalism at corporate events, weddings, clubs, restaurants and private parties around the country, and has even performed for Her Majesty the Queen at the Royal Variety Performance. Award winning TV magician Maximilian Somerset is one of the few privileged to be an Honorary Inner Member of the Prestigious Magic Circle, London. He has performed for Celebrities; Royalty; Barristers and Road Sweepers alike. As the Duke of Beaufort's Magician Cousin who was later adopted by a milkman, Maximilian can relate to most people. Max has had his own prime time TV show on BBC 1; performed three sell out stage shows at the Magic Circle and has twice played the Organ at the Royal Albert Hall. An evening of magical mayhem and mind twisting magic awaits for you and the whole family. A perfect Christmas treat!