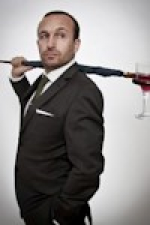 An Evening with Mat Ricardo with special guest Pete Wardell

Multi-award winning magician and the Founder and Managing Director of Brandmagic, Peter Wardell has been named Magic Circle Close-up Magician of the Year and Stage Magician of the Year, making him the first magician to have ever won both titles. Mat Ricardo is one of Europe's most in-demand comedy variety performers. Mat Ricardo is the Gentleman Juggler, leading specialty act of the British cabaret revival, and the UK's most successful juggler, who always presents big laughs, serious skills, slapstick, and breathtaking spectacle. Ffresh