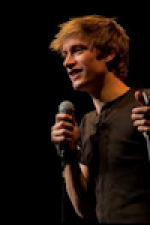 Scotland's half-man-half-Xbox, hormone-ridden comic prodigy is currently one of the fastest rising stars of UK comedy. He started doing stand-up aged 16 and appeared on Michael McIntyre s Comedy Roadshow; 8/10 Cats; Jason Manford Comedy Rocks; Rob Brydon Show; Comic Relief s Mock the Week; Paul O Grady Show as well as starring in his own BBC show The Adventures of Daniel and selling out three Fringe seasons in 2008-2010 - all before he started to shave. His October 2009 debut in London s Soho Theatre made him the youngest stand-up ever to perform a solo season in the West End and he has performed in Europe, Australia and South East Asia.