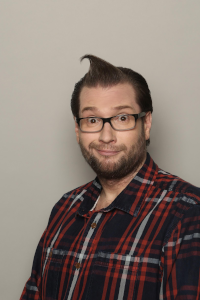 Gary's previous tour extended four times, playing over 240 dates. Now he's back with a brand new show entertaining the UK with his famous one-liners and expertly crafted comedy. Widely regarded as being one of the most quotable one-liner comics in the country, with a huge twitter following. His talents have led him to write for 8 Out Of 10 Cats, A League Of Their Own, Live At The Apollo and The Royal Variety Performance.