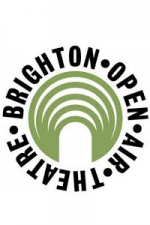 Tiff Stevenson brings you some of best bits of her critically acclaimed tour shows and works up new material. It's like a special but more special.