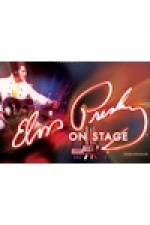 T241456323
What was it like to experience an Elvis concert in Las Vegas? Those who were there say it was the pinnacle of entertainment - a ticket that was hard to be had - the biggest and best show in Sin City. Now, in celebration of the 60th Anniversary of Rock & Roll and Elvis' first recording session that led to the birth of rock 'n' roll, Elvis performs via state-of-the art video screens singing lead vocals backed by a live band, singers and an orchestra. Together, this multi-media creation puts the audience inside an Elvis Presley concert presented exactly like one of his classic live performances in a Las Vegas showroom. The contemporary staging and overall production create the illusion that Elvis is on stage for one of his finest concert performances as seen in the epic music documentary filmed on location in Las Vegas, Elvis: That's the Way It Is. (For the avoidance of doubt - Elvis appears on screen backed by live musicians and singers!).Archive :: production:T241456323, concert:S1906184970, venue:V803084951