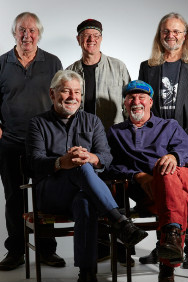 T2051566695
The standard-bearers and boundaty-pushers of English folk-rock for more years than anyone can remember but still performing with boundless energy, humour, and superb musicianship.Archive :: production:T2051566695, concert:S1418364645, venue:V953
Current production:Work

Fifty years is a long time, but it passes quickly when littered with classic albums, legendary line-ups, critical acclaim and awards. The story of Fairport Convention is also set to be chronicled in a forthcoming Sky Arts documentary to be aired later this year, as the group's legacy continues to be celebrated.