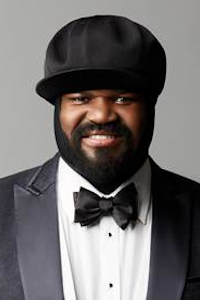 T01772507183
Gregory Porter has taken the jazz and music industry by storm with numerous appearances on national television and radio. He continues to perform to sell out audiences across world and has achieved international recognition and acclaim with his Grammy winning multi-platinum selling album Liquid Spirit.Archive :: production:T01772507183, concert:S0296902384, venue:V825
Current production:Work

It's a welcome return for 2010 Grammy nominee vocalist Gregory Porter as he takes a break from his Summer schedule touring with Jools Holland & his Rhythm & Blues Orchestra to present his biggest UK concert dates thus far. Gregory will be supported by his full US band and highlighting his very own style of soul and jazz featuring music from his extraordinary debut album Water and the remarkable brand new set Be Good. Expect an evening that celebrates the emergence of one of the greatest vocalists of our time.