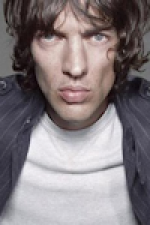 T0
Verve formed in Wigan back in 1990, changing their name to The Verve for legal reasons. They had marginal success throughout the UK, but it was 1994's "A Northern Soul" album that launched the band internationally. That success was eclipsed by the release of "Urban Hymns" in 1997, featuring singles: "The Drugs Don't Work" and "Bitter Sweet Symphony". The band split in 1998, with Richard concentrating on his solo work. His debut single, "Song For The Lovers", was followed by "Money To Burn" described by Ashcroft as "A modern-day Elvis tune". His critically acclaimed album, "Alone With Everybody", has sold over 100,000 copies in the UK alone. Richard made his UK live debut headlining the V2000 festivals in Chelmsford and Staffordshire last month, to rave reviews. It is with the release of his third single, "C'Mon People (We're Making It Now)", that he announces his debut solo UK tour.Archive :: concert:S1033618395, venue:V01575679355
Current production:Work