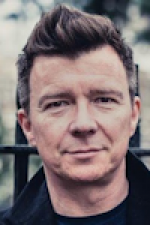 T1012616777
At the age of 21, Rick Astley emerged from the shadows of the Stock, Aitken and Waterman production house as their former tea boy became one of the biggest stars on the planet. His era-defining classic ?Never Gonna Give You Up' topped charts the world over and catapulted the young Lancastrian on a journey that would encompass 8 consecutive UK Top 10 hits and 40 million sales.Archive :: production:T1012616777, concert:S570278775, venue:V051452426
Current production:Work

80's pop idol Rick Astley, winner of "Best Act Ever" at the MTV Europe Music Awards in 2008, is playing at The Rose Theatre to raise money for the International Youth Arts Festival. Rick will be appearing with his new band 'The Luddites' and performing a range of numbers from bands as varied as The Kings of Leon, Arctic Monkeys, T Rex, The Killers, Greenday as well as a cover of his classic award winning hit 'Never Gonna Give You Up' Rick holds the record for being the only male solo artist to have his first 8 singles reach the the top ten in the UK and has sold approximately 40 million records worldwide and IYAF is delighted to have his support. Rick Astley and The Luddites will be supported by The Reptiles who cover classic 70' and 80's rock.