The Official Tribute to the Blues Brothers 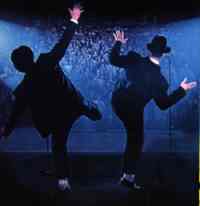 The Final Toot (1999/2000 tour), the Heroes Return! Meaner, leaner and keener than ever, Jack and Elwood Blues, together with their accompanying Bluettes.