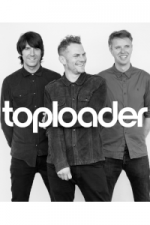 T0
Toploader formed in 1997 in their home town of Eastbourne. Signed in 1998 by Sony's S2, Toploader were spotted by Paul Weller who asked the band to support him on his 99 tour. After their introductory single Achilles Heel was released in May 99 they toured incessantly, played a Kosovo benefit gig alongside Travis and Sterophonics and blazed through festival shows at Glastonbury and Reading. Their smash hit anthem Dancing in the Moonlight was in the charts for a month early 2000 and was followed by their debut album Onka's Big Moka which crashed into the charts at Number 5 in May.Archive :: concert:S230581191, venue:V01575679355
Current production:Work