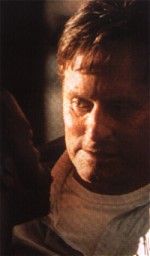 T0
An American judge has his credibility as the leader of an anti-drugs campaign seriously undermined when it is discovered that his daughter is a heroin addict. Meanwhile, the wife of a jailed drugs baron struggles to take control of his illegal business interests while he is in prison... Winner of Oscar 2001 - Best Director (Steven Soderbergh), Best Supporting Actor (Benicio Del Toro), Best Adapted Screenplay (Stephen Gaghan), Best Film EditingArchive :: film:S0604960951, venue:V01742496941