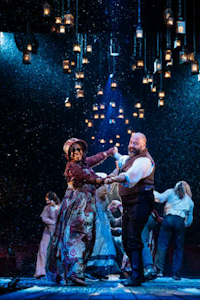 T1067411500
On a cold Christmas Eve, four spirits conspire to show Ebenezer Scrooge the error of his ways. His old business partner, Jacob Marley has returned from the dead to offer him a second chance, if he can change his mean and miserly behaviour. Nowhere are the effects of poverty more keenly felt than in the Cratchit family, especially by their youngest son, Tiny Tim. As Scrooge's inspirational journey shows him both the hardship and love of those around him, he is reminded of his own powers of charity and kindness.Archive :: production:T1067411500, kids show:S1905085673, venue:V402