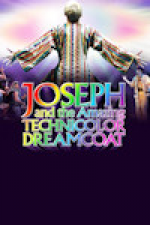 T0632363425
Dancing in the show requires all types of styles. This colourful retelling of the biblical story about Joseph, his uncanny abilities and his designer coat sings out to young and old alike with a score which is wall to wall hits - including Close Every Door and Any Dream Will Do. In this retelling of the Biblical story, Joseph is a handsome young man who is his father's favourite child, able to interpret dreams, and the bearer of an amazing coat. These facts lead Joseph's eleven brothers to become insatiably jealous. Thus, they sell Joseph into slavery to some passing Ishmaelites. After refusing the advances of his owner's wife, Joseph is sent to jail. Once in jail, he quickly becomes popular due to his ability to interpret dreams. The Pharaoh soon hears of Joseph's ability and appoints him to the post of Number Two man in Egypt. Years later, Joseph's now starving brothers arrive in Egypt and ask Joseph, whom they don't recognize, for assistance. Joseph, in turn, gives his brothers a scare, but eventually grants them all they desire, reveals his identity, and reunites the family.Archive :: production:T0632363425, musical:S1566, venue:V1396278280
Current production:Work