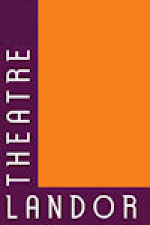 T122203538
1970. The Golden Age of Musical Theatre is drawing to an end. But twelve-year-old Muriel Plakenstein doesn't know that. So she runs away from home to become a Broadway star, and meets the Queen of Broadway Ethel Merman, who takes her to a Hello, Dolly! rehearsal where they sing together. When legendary producer David Merrick hears the kid, he decides to star Muriel in the first all-child cast of Dolly! Naturally, Merman takes her under wing to teach her the ropes of being a star...making little Muriel Plakenstein Merman's Apprentice.Archive :: production:T122203538, musical:S0594720907, venue:V254

Rehearsed reading. Part of the Page to Stage season