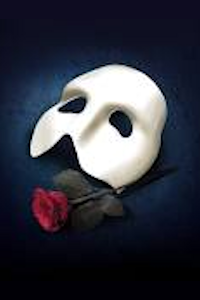 T02047697651
Set below the stage of the Paris Opera - a horribly deformed ex -performer 'haunts' the backstage and public areas - insisting that he has a box for his own private use. He falls in love with a beautiful young chorus singer and trains his pupil (who never sees him) to take over the star role. She excels and everyone wonders where she came from and how she developed such a beautiful voice. The Phantom, who has now revealed himself to her, decides to take her with him to spend her life in his subterranean lair but she is rescued by her lover.Archive :: production:T02047697651, musical:S1646, venue:V830272338
Current production:Work