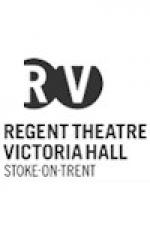 T0328098412
Pantomime about a boy and his cat who set off to London to make their fortune - usually with Dick's Brother (Idle Jack) and mother - there they usually meet Baron Fitzwarren and sail away to seek treasure. In some versions King Rat goes with them to steal the treasure, in others they reach a land infested with rats where they haven't heard of cats and Dick does a deal, returning home rich he becomes Lord Mayor of London. Based extremely loosely on a real person (Richard Whittington, 1350 to 1423), there is a statue of the cat outside the Whittington Hospital in North London where Dick is supposed to have heard the bells say "Turn again Whittington, Lord Mayor of London" as he trudged away from the city. First recorded panto on this theme was in 1814.Archive :: production:T0328098412, panto:S5912, venue:V124

Also in the cast will be the winner of Stoke's Top Talent 09.