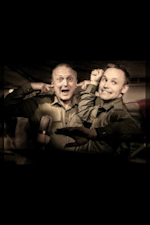 Celebrating 50 years of Perry and Croft's quintessential sitcom, which won the Best One-Liner accolade in a poll of comedians conducted by Gold, with the immortal words "Don't tell him, Pike". Featured Episodes: Mum's Army, The Deadly Attachment and Round And Round Went The Great Big Wheel