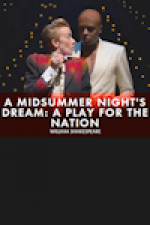 T1575210891
The Royal Shakespeare Company will work with thirteen theatre partners and a vast range of amateur theatre-makers across the UK to produce a play for the whole nation. Directed by Deputy Artistic Director, Erica Whyman, this special production will mark the 400th anniversary of Shakespeare's death in 2016. Of all Shakespeare's plays, this one is especially loved for its delightful comedy, magical setting and glorious characters. A professional RSC company will tour A Midsummer Night's Dream: A Play for the Nation for twelve weeks throughout the spring and summer of 2016. In every location, a new group of amateur performers will play Bottom and the rude mechanicals, and local schoolchildren will play Titania's fairy trainArchive :: production:T1575210891, play:S0157358766, venue:V965