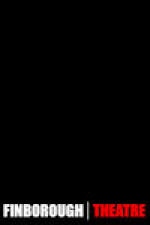 T1808226377
"Examine that seedy collection currently 'leading' the party. Define their reality if you can. They stand like adolescents at a dance, waiting to become men." A country house in Surrey, the home of Edward Waite, former miner and aging Labour grandee who served his apprenticeship during the General Strike. A young television producer prepares Waite for an interview on his past as a miner, union leader and politician. As Waite and his family wade deeper into the swamp of his past, the question is asked if the radical politician is all he seems... Does one bad judgement mean you are not a good man? Originally a BBC Play for Today in 1974, All Good Men was Trevor Griffiths' first television work, rewritten for the stage by Griffiths for the 1975 production at The Young Vic produced by the National Theatre.Archive :: production:T1808226377, play:S01063457176, venue:V199

The first UK production in nearly 40 years of Trevor Griffiths' All Good Men, last seen at the Young Vic in a production by the National Theatre in 1975. All Good Men is presented alongside a short play by Trevor Griffiths, Thermidor, which was first performed by 7:84 Theatre Company at the 1971 Edinburgh Festival. Moscow 1937. Anya, a young mother, has offended the powers that be with her casual connections to betrayers of the ?party'. As she is interrogated, it becomes clear her verdict is already decided, until a glimpse of human feeling penetrates the questioner's authoritarian armour...