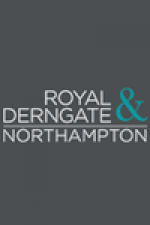 T1060598456
Classic drama of a woman consumed by her passions and driven to destroy all she should love. Hedda's recent and unexpected marriage to worthy but dull academic Tesman is threatened when she returns from honeymoon to find that Lovborg, a charismatic but dissolute previous admirer, has reformed his ways and published a best-selling masterpiece. His now-found success now threatens Tesman's own claim to a professorship - which is his only hope of supporting Hedda in the style she demands. Tesman is already in debt to another of Hedda's admirers, the dangerous Judge Brack. But suddenly events seem to put Hedda in a position to control all their destinies. This is a blistering examination of a woman in turmoil.Archive :: production:T1060598456, play:S3548, venue:V449
Current production:Work