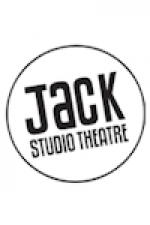 T0526317424
At the age of 36, Franz Kafka was driven to write a letter to the father that he feared, addressing his harsh and authoritarian treatment of his son and the humiliations he inflicted on him. The resulting letter, over 100 pages long, was read by his sister and his mother, but not one word was read by his father. "Dearest Father, recently you asked me why I maintain that I'm afraid of you. And, as usual, I didn't know how to answer. It was due to my fear of you. And because my fear rests on so many details that I couldn't even have discussed half of it." Based on playwright Howard Coyler's own critically acclaimed translation of the letter, Letter to My Father, published in 2008, Kafka v Kafka is a moving work about the struggle to communicate.Archive :: production:T0526317424, play:S01591330005, venue:V299

Directed by Leigh Tredger and set in the imagination of Franz Kafka, the play is a retelling of his childhood trials and traumas; as much a self-accusation as an accusation against his father, as much self-examination as cross-examination.