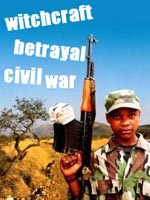 T1002475105
The Scottish Play - theatrical types consider saying its name to be unlucky! Thrust into power by his overwhelming desires and an over ambitious wife, Macbeth finds his only security is to murder and murder again. From "When shall we three meet again" to "is this a dagger I see before me" a powerful Shakespearean drama.Archive :: production:T1002475105, play:S4096, venue:V480
Current production:Work

In his shortest, most popular tragedy, Shakespeare evokes a country torn apart by civil war, traumatised by complete breakdown of law and order. And power is up for grabs. Into this chaos steps Macbeth, a military hero, spurred on by his ambitious wife - and a dangerous fascination with witchcraft. Each new morn new widows howl, new orphans cry? Stands Scotland where it did? Transforming unexpected spaces, Out of Joint’s 10th Anniversary production looks at an unstable state, ‘where to do harm is often laudable,’ and where brutality envelops young and old. Phoenix Mill, Little Lever. Tickets from Bolton Octagon Box Office