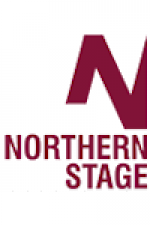 T01503660410
At the age of only ten, Richard Plantagenet succeeded his father Edward III as King of England. It was 1377 and a time of great hardship following the Black Death, but Richard lived lavishly at home and, abroad, pursued an expensive and futile war with France. The taxes he imposed provoked the famous 'Peasants Revolt' of 1381 and his attempt to rule autocratically alienated both nobility and Parliament. Shakespeare's loosely historical but theatrically wonderful account of Richard's last days concentrates on his most fateful error - the exile of his cousin Henry Bullingbrook and the seizure of his Lancastrian estates. Bullingbrook would return to England, topple Richard and take the throne himself as Henry IV, setting the stage for the bloody 'Wars of the Roses' between York and Lancaster. The play's extraordinary beauty and simplicity, and its study of a man reduced from - as he saw it - divinely appointed King, to a mere mortal without role, freedom or friends, put it among the most moving of all Shakespeare's tragedies.Archive :: production:T01503660410, play:S4764, venue:V568