The Extraordinary Cabaret of Dorian Gray 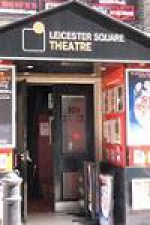 T02024688753
Set in last few delirious hours of his life, Dorian Gray watches sketches of his decadent lifestyle play out before him, depicting the tawdry theatres, burlesque bars, cabaret clubs and opium dens that were such a far cry from the opera houses and salons of the Victorian Gentleman. Much like the novel itself, the piece reflects the darker elements of Oscar WildeArchive :: production:T02024688753, play:S1022957702, venue:V0148424484

The piece made its premiere in October 2008 at the Café Royal, one of Oscar Wilde’s own favourite haunts. Here it received the honour of being the last theatrical event before it closed its doors forever. It was staged in the very room where Oscar Wilde used to entertain his bohemian, musician, actor friends, one of whom was John Gray, the real life inspiration for the character of “Dorian”. The production then transferred to the Leicester Square Theatre in 2009, retaining the cafe style flavour of its original conception and has now been invited back for a limited run of six weeks. Running time: 1hr 30mins Basement