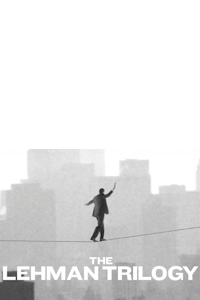 T246473149
On a cold September morning in 1844, a young man from Bavaria stands on a New York dockside. Dreaming of a new life in the new world, he is soon joined by his two brothers and an American epic begins. 163 years later the firm they establish, Lehman Brothers, spectacularly collapses into bankruptcy, and triggers the largest financial crisis in history. This is the story of a family and a company that changed the world. Stefano Massini's vast and poetic play unfolds over three parts in a single evening.Archive :: production:T246473149, play:S755227180, venue:V374