There is a War 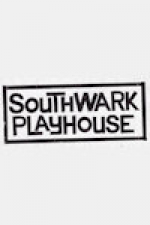 T255929448
A senseless war has been raging between the Blues and the Greys for longer than anyone can remember. The propaganda machine is out of control, the military command appears clueless and the casualty figures continue to grow by the day. Parachuted into the heart of the murder and mayhem, Anne, a brave young medic, finds herself abandoned and lost, desperate to find the hospital. Only no one has a clue where it is, or what the hell is going on, or who actually started the war in the first place! Tackling the absurdities of modern conflict head on, this hard-hitting and darkly comic new play by Tom Basden, first seen at the National as part of its acclaimed Paintframe season in 2011, is performed by some of Hertfordshire's most talented young performers.Archive :: production:T255929448, play:S01990999090, venue:V226

In rep with Remote