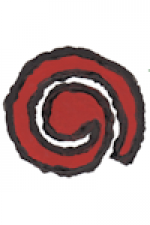 T01575541625
War isn't always won with bullets and bloodshed. During the American Revolutionary War, average citizens passed gossip, listened for rumours and essentially became spies in George Washington's massive intelligence network. Emma found her unique circumstances allowed her to do even more than eavesdrop on British soldiers who invaded her hometown. After all, being a young woman suffering from leprosy had the unexpected benefit of making her both untouchable and invisible - and able to cross enemy lines with relative ease. Until she got caught, that is. And promptly placed in one of the notorious prison ships in Charleston Harbor. There, she is guarded by a pacifist nobleman's son who has been banished from the battlefield and tended by an outspoken English nurse who specializes in leprosy. The tiny, damp cells were generally reserved for those destined to die a miserable death - but she instead finds herself in a tempting conundrum presented by her two keepers. Her option: die or agree to betray the land of her birth and turn spy on Washington and his men.Archive :: production:T01575541625, play:S1955668062, venue:V1142