An Audience with Harry Redknapp 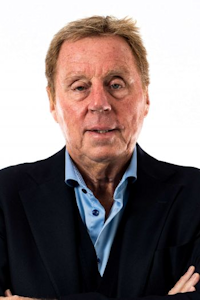 Harry Redknapp will be telling stories from his football days and his time in the jungle. Fans can expect a hilarious evening with Harry, who is a great raconteur and has a wealth of hilarious stories to share with you! There will be an opportunity to ask the man himself questions in an audience Q&A which will take place at the end of the evening.