5
Above the Stag's panto
By Derek
Dick Whittington - A New Dick in Town (Above the Stag Theatre, Inner London)>> 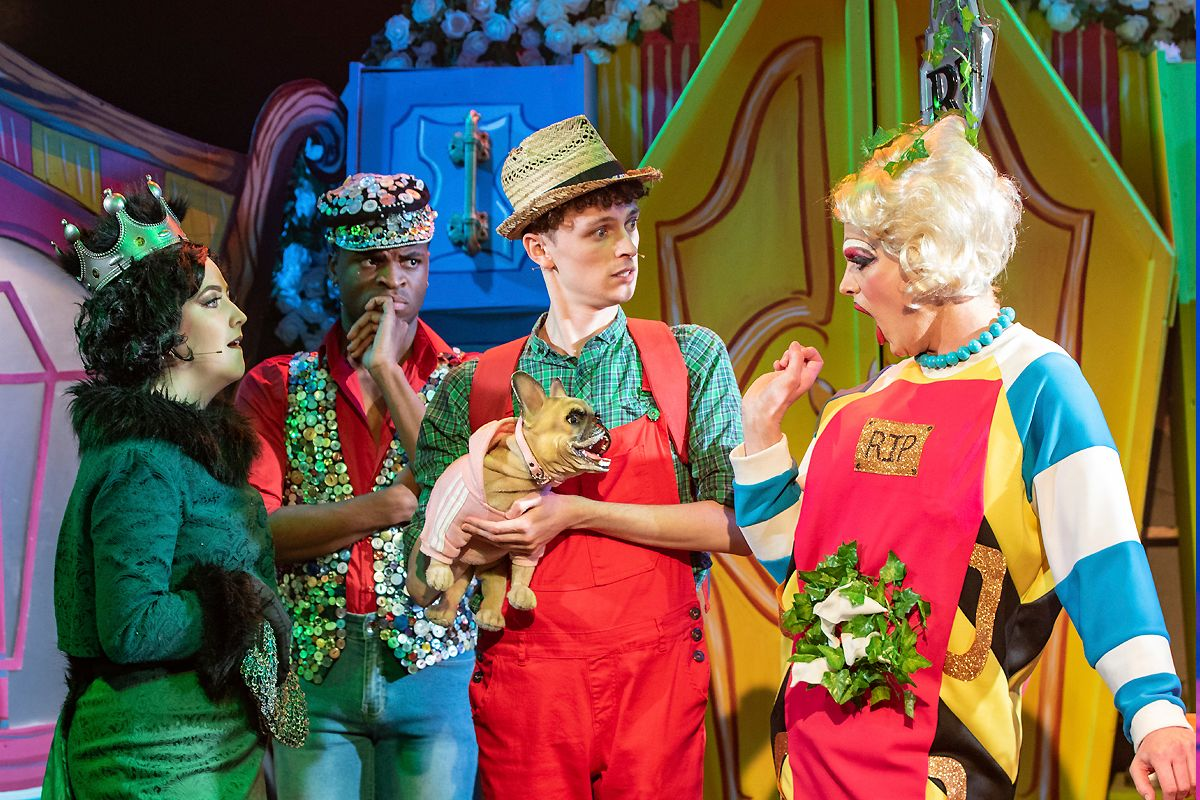 It’s bigger, brighter and much more mucky! The revised production of Dick Whittington: A New Dick in Town by JON BRADFIELD & MARTIN HOOPER delivers on all panto fronts. They lay the jokes faster than Boris runs from responsibility and slicker than Geoffrey Cox oils international law. They play the inuendo and strong language with a blatant charm which is heart-warming. Director ANDREW BECKETT keeps everything moving at a fast pace; scenes are short and effective, with each actor given a share of the comedy graft. They have an effective balance of audience participation: short versed singalong, “he’s behind you” and “oh yes I Will” acknowledged but not indulged. They have to be there, but mustn’t get in the way of a good joke.

Arianna the dog comes close to stealing the show as she saves the day and is expertly handled by several of the cast. As Dick Whittington, JONNY PEYTON-HILL is a loveable ingenue, blending incredible foolishness with a knowing look. KEANU ADOLPHUS JOHNSON shines as Alex. An excellent performance all round, he is loyal friend to Dick and the audience, with a great singing voice and some nifty dance moves. BRADLEY WALWYN’s Fitzwarren shares a concise, precise slapstick scene with him as they offer physical comedy to balance the wordplay. Walwyn tackles his challenging roles with relish, giving plenty of detail to different characters despite simple changes of hat and scarf at speed. The arguing brothers are a delight. NIKKI BIDDINGTON’s confrontational Queen Rat delights in offending us. Some of her insults are close to the edge, but the audience laps it up. She is a powerful contrast to the good guys. MATTHEW BALDWIN presents Sarah as a tour de force, gracing us with her presence. Masterful ad-libs with an unsuspecting audience member add to the fun. She seems effortless, almost bored, but this belies the quality of work involved in creating such an accomplished dame.

Costume Designers ROBERT DRAPER & SANDY LLOYD have put together impressive outfits for all, with an startling new look for each of Sarah’s entrances. Set Designer DAVID SHIELDS, Lighting Designers JAMIE PLATT and JOE UNDERWOOD and Video Designer GEORGE REEVE have worked magic to make this small space shine with visual splendour. The set shimmers with rats running all over, clouds scudding across the sky and slime oozing down the sewers. Its almost a show in itself and adds great depth to the performance. Musical Director AARON CLINGHAM has arranged a powerful score, while CAROLE TODD has choreographed a splendid variety of dance moves to get the whole thing moving.

Go see it now, cause you’ll want to go again. You can never have too much Dick.